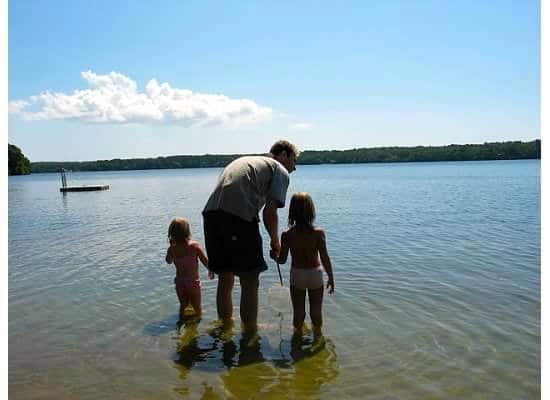 The Letter to Heaven

It will be 8 years this Monday since the day you left this world.

I used to imagine how would the pain feel years from the day you left.

You left behind a train wreck.

The girls wouldn’t fall asleep at night without holding on to the glass picture frame of you.

In the middle of the night I would go in their room to remove it so it wouldn’t break and hurt them. We were all so angry, desperate and very alone.

The girls would scream sometimes.

Other times they would hit me from their anger, they were so small and so innocent.

Their words could not capture the loss they endured.

As for me I was so afraid to fall asleep.

I had all the lights on for months.

I also had terrors.

I would wake up screaming.

I would dream the same dream over and over again.

Someone was breaking in, taking the kids and I couldn’t move.

Sometimes I cried so much that the next day the whole world could tell from how swollen my eyes were.

I also went back to school, graduated and got a corporate job I did not like.

I had to do it for the girls.

Once I nearly threw us all in the frozen pond in front of our house.

I was racing to come home from work and the ice got us.

I wish you were there to help us.

We had to slowly get out of the car without moving it, as it would have fallen in the frozen water.

We had many near misses throughout the years. I had to learn how to do things on my own. The girls helped me move furniture, carry the groceries in and they were responsible for that first smile of mine.

Slowly the nightmares stopped, I was able to turn off the lights and I resigned from that terrible job 3 years later.

I also met someone new, I think you would like him.

Remember you told me it would happen, and that it would be ok because you would no longer be here. You were so right about so many things.

But the most change took place within me.

I changed the most.

So much that you would not know me.

So much that you would be intrigued.

I had to become so independent that for a few years I wondered if my heart would ever stop feeling frozen. I am no longer the woman you left behind, scared, alone and desperate.

I am a woman that is unafraid to live alone.

I am a woman who took what you left behind and lifted it up so high that a brand new life emerged.

One that I could have never imagined the day you died.

One you could never imagine for me.

Today the girls are 14 and 12, they have your blond hair and your athletic genes.

Whenever they walk into the room the room lights up.

You would be so proud of them.

And if I was honest with you I would say that the one thing I could not change or fix or make better would be that you are not here to be proud of them with me.

That they won’t have your unconditional love.

That they have to imagine you into life as their memories are fading.

But they have learned to love you in multidimensional ways. And so have I.

Now and again you come to my dreams.

I know you are somewhere watching over us.

We are also watching over you, outside of time and space.

Outside of the traditional human way to love.

We love you forever and ever. In many universes, under many suns. In many lifetimes.

PS. Please write a letter to the person who is no longer with you. And share in the comments.