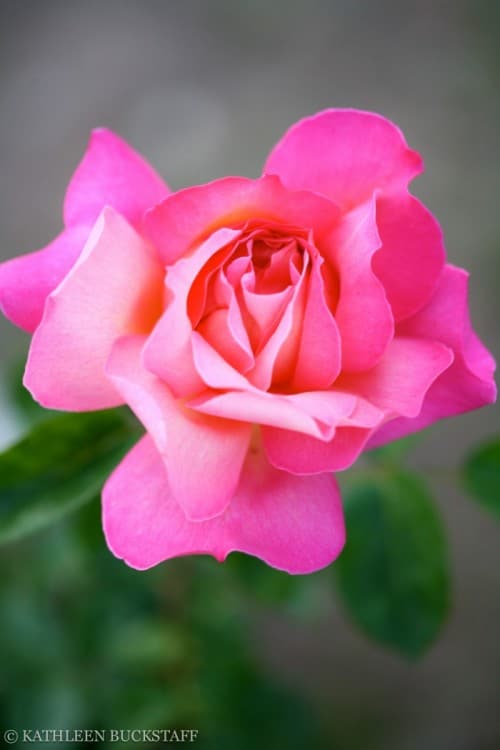 What It Took to Get the Sadness out of My Voice

Before my book The Tiffany Box was a book, it was a one-woman play. Before it was a play, it was a collection of emails that I wrote to my closest friends during the last two years of my mom’s life. Years ago, I was working as a humor columnist living across the street from my mother and then she was diagnosed with cancer.

I stopped writing my column to care for my mom. After she died, I got involved in theater, first as a playwright and then as a performance artist. I learned how to become other people while on stage and welcomed the opportunity to take a break from being me. I worked under the guidance of a director named Carol MacLeod who was in her 70s.

Without realizing it, I had inadvertently captured many words my mother said to me.

To my surprise, my mother said things that were funny, wise and touching. I hadn’t remembered any of those moments, but had captured them in my emails.

“We have to do something with these,” she said.

Carol and I agreed that we would create a one-woman play and I would perform it. The material felt raw, sacred and deeply personal. The emails were written to my closest friends and contained descriptions of moments that I would only have shared with my closest friends. They also contained the truth about the range of emotions I was experiencing as a primary caregiver—the insanity, frustration, hope, helplessness, and love.

Carol and I spent a summer sitting in a dark theater together. I would stand on stage and read emails out loud to her and she would sit in an audience chair and listen.

Sometimes after reading a particularly revealing email out loud I would stop and tell Carol, “I can’t share that.”

And Carol would say, “That’s the good stuff. We’ve all felt that way, you just say it.”

Together we created the play, The Tiffany Box, a love remembered. When it came time to rehearse the play, there were sections where it was necessary for me to be my mother. These were the scenes I had the most trouble with. I knew the ending. I knew that my mother would die, that her voice of hope and her bravery ended in death.

And this is where Carol and I clashed.

“Do it again,” Carol challenged me. She asked me to find my mother’s original intention behind the words and to say them the way my mother had said them.

I tried again and again to be the voice of my mother in that moment. I tried to forget the ending. I tried to bring back my mom’s joy and courage and humor and life force, but every time I opened my mouth I felt a giant lump in my throat, a catch there that was all sadness.

In once scene, I was trying to be my mother telling me about her favorite flowers—delphiniums–the flowers she wanted me to have at her memorial service.

“I love the blue petals when they fall on the table, the color is beautiful,” I said playing my mother.

“They die quickly,” I said trying to recreate my mother’s voice. “They don’t last long, but I suppose that doesn’t matter. They’re even beautiful when they’re gone.”

Every time I rehearsed these lines my voice would crack. It was nine years after my mother had died and I couldn’t do it. I couldn’t bring back the joy in her voice.

I tried again and felt that lump in my throat and heard my voice fill with the heaviness of grief.

Carol, who had recently broken a toe, was sitting in a chair with her casted foot resting on another chair. She had crutches beside her.

I love Carol with my heart and soul. I have shared my most human failings with her and my deepest longings. I trust Carol with all of my being.

After I said the line again with no joy in my voice, Carol picked up her crutch and pointed it straight at me.

“You belie the memory of your mother by playing it sad,” she roared.

I knew she was right.

I returned to California and started reading books on forgiveness.

I realized that to bring the joy of my mother’s love of beautiful flowers back into my voice, I would have to try to start forgiving cancer and death. It was a big ask.

I went to a retreat at a meditation center called Spirit Rock. I studied mindfulness and forgiveness. I saw a therapist. And I worked on listening to what Carol was asking of me on the deepest of levels.

And finally, one day when I was back in Phoenix rehearsing with Carol in a tiny dark theater, I said the lines my mother said without the lump in my throat, without the pronouncement of death in the air.

I said my mother’s words with her intention. Her intention was full of love and joy and wisdom. When I found her voice, I found her love and I learned something unexpected. I felt her love of beauty and her kindness return. In that moment:

When I found my mother’s joy in her voice coming out of my mouth, I felt the eternalness of love.

Again I said these words, “They die quickly. They don’t last long, but I suppose that doesn’t matter. They’re even beautiful when they’re gone.”

For the first time, I truly knew that the beauty of my mother and our profound love for each other would remain even when she was gone.

Kathleen Buckstaff writes regularly for The Huffington Post. She’s an award-winning author, former Los Angeles Times humor columnist, and mother of three children. Through her writing, drawings and photographs, she shares wise and humorous stories that are full of truth and love. You can find her two books on Amazon: The Tiffany Box, a memoir and Mother Advice To Take With You To College. You can follow her on Twitter, FB, Pinterest and sign up for her newsletter here.