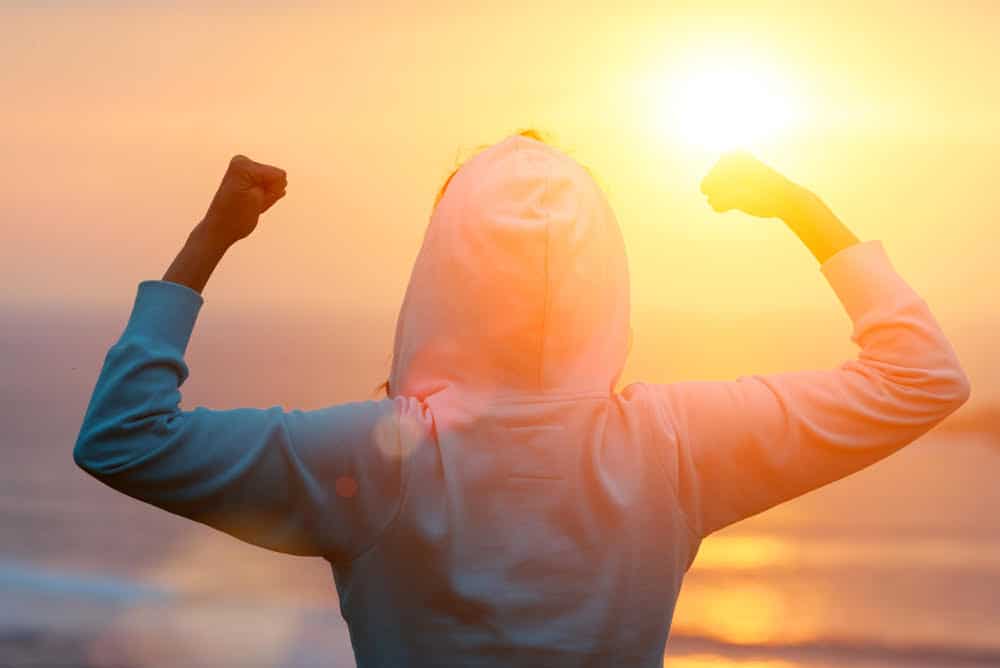 I didn’t know that I had to become courageous… forever… after loss.

I mistakenly believed that being courageous was only necessary for a couple of years.

But every decision and new thought after loss demanded courage.

Everything had a dose of fear.

I patiently waited for that to change.

I thought to myself, the uncharted had to at some point become easier to navigate.

I craved feeling adventurous, instead of scared.

I wanted to be one of those people who lived free.

You know. Laugh at silly things.

Changing their minds in a moment’s notice.

Saying yes to adventure and not even a taste of fear while doing it.

I am sorry to break this news to you, but I never became that person.

I never saw life as a big wild adventure.

I never became fearless after loss.

Not even on a regular day.

Because on a regular day I anticipated the irregular ones.

Sooner or later, I knew I was never going to live life without fear.

I realized that if I wanted to create a life of meaning I had to accept it.

I had to choose it even.

And I was afraid of millions of things.

From the outside I looked undisturbed, even poised as I made my decisions, and built a life I am proud of.

But from the inside it was a whole other story.

I have lived the last 11 years choosing to go on scary adventures.

Waking up every morning knowing that I have to talk myself out of staying the same.

But I had a secret weapon.

I had this undying passion.

Passion for helping others mend their hearts after loss.

I felt anger when I realized how unhelpful the world was when it came to those who suffered due to losing the loves of their lives.

Their children. Their people.

How could it be? I thought.

How could it be that the world abandoned its own people.

So today inside a regular scary day, where you are struggling to find your own way I ask you this. What injustice makes you mad?

What wrong you want to make right?

And just like that, fear takes a back seat. Courage becomes your default. And we find our way to the biggest wildest adventure of saving others. In the midst of that, we save ourselves. Click To Tweet

You have all been my saving grace.

You were the reason I found the courage to walk through my fears.

It has always been for you.

Because if it was just for me I would have never left my house.

What is your reason?

With so much passion about life after loss,