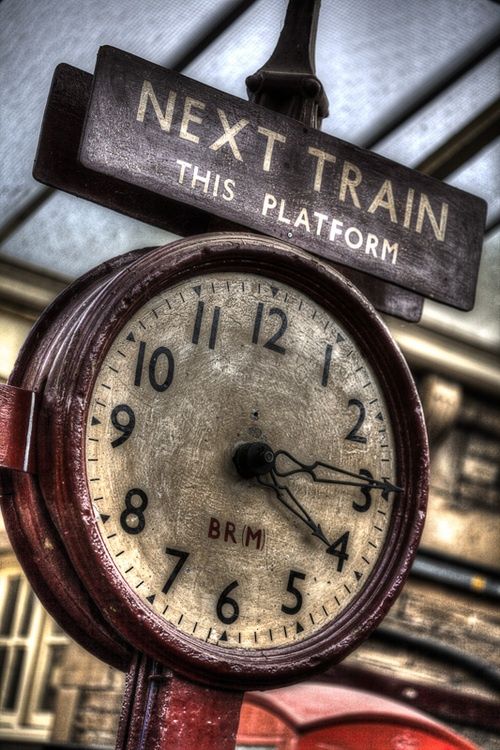 Don’t get on the anniversary train

I have been writing to you for 4 years and I have never written about what to do with the anniversaries of loss.

A wonderful woman reached out to me yesterday and asked me if I would write about this.

So here it goes.

Anniversaries of loss feel like a big train approaching the platform.

And you can hear it coming for a while.

You know it’s arriving at a specific time, on schedule.

And you are supposed to get on it.
Ride that train for the day.
Ride its heaviness.
This train is slow.
It takes forever to get to the destination of tomorrow.

But you feel there is no other way to get to the next day but ride the train of the anniversary of your loss.
It is not a birthday.
It is simply a death day.
I am so very sorry to call it with its own name.

I remember riding that train during the first few anniversaries.

Honestly I was nauseous.
Everything came back.
The ICU.
The last tragic days.
The oxygen masks.
My little girls saying goodbye to their dad.
I mean.. talk about torture.
Bring out the knives.
That anniversary train was not fun.

It was all about the death day.

And not about the man I was in love with away from the hospital beds, the morphine and the pain.

It had nothing to do with honoring him.

Nothing at all.
I was honoring death every time I took the anniversary train.
So 2 anniversaries later the train was approaching…my date is July 21st.
And I am standing at the platform.
I can hear it arriving. Heavy, loud. Slow.
And all the death memories were flashing before my eyes even before my boarding.

I had to ask myself is this what I have to go through every single year and is this remembering him?

The answer was a big loud NO. Louder than the train.

I left the platform and ran.

Ran away from the anniversary train.

Where did I go instead?
I went to the beach.
I went to the places we visited.
I talked about him to people who never knew him.
I smiled when I said his name.

Yes it is sad.
Yes there are tears.
Yes it sucks.
I am sorry there is no way around this.
Your heart will fill heavy.

But don’t get on the death day train.

Run away and find the sky, the moon, the sea.
The memories. The journey. The celebration.

On his birthday we would go and sing to his grave.
We would bring breakfast and sit there and sing, and the girls would dance.
They would say. Are you 1, are you 2, are you 3 are you 4…. All the way to his new age.
In a few days he would have been 43, and then in a few days after that he would be gone for 8 years.

The train does not visit me anymore.

There is nobody waiting on the platform.
From where I am standing those anniversaries are excuses to celebrate the life of the man who is the father of my kids.
The man who taught me how to be a warrior through his 4 year battle with the beast people call cancer.
The man who showed me how much he loved life and how much he did not want to say goodbye to his kids.
Yes its sad, and unfair and not what happens to most 35 year olds but that stream of thought takes me back to the train.
And that is not where he would want me to be.

He said to me once. “Christina look at the big picture. The first couple of years will be tough but after that you have to make sure you get to live.”

If he knew about the anniversary train, he would smile and shake his head and say it is not where I live.
It is not where my legacy is.
My legacy is inside of you.
And in the lives of my girls.
Go. Go. Go. Remember me, but don’t get on that train.

I am going to ask you the same.

Don’t get on that train, it doesn’t really go anywhere and:

Healing only lives in celebrating the lives of the ones we have lost, not how they died. (Click to Tweet!)