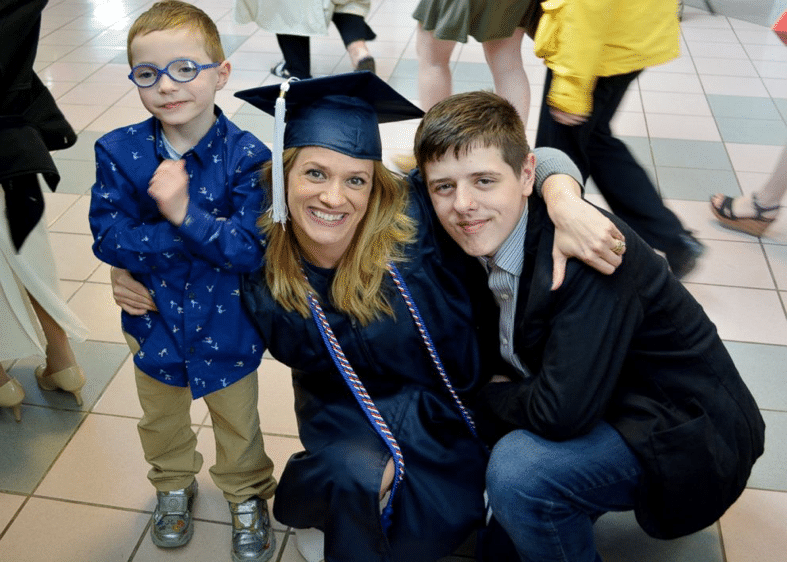 A Portal to a New Life

This is a new series feature on new beginnings after adversity. We hope these stories inspire you.

Take for example Danielle Jolliet. Featured as part of Good Morning America’s Class of 2017, Jolliet is a 34-year-old veteran who just received her degree in Rehabilitation and Human Services from Penn State’s College of Education last Sunday, after overcoming a lifetime of struggles. In her interview with ABC News, Joliet stated: “there is something that stands out to me about education because it is that portal to a new life.” And for her, nothing could be closer to the truth.

In high school, Jolliet’s identity was based heavily on alcohol and drugs. She was so caught up in that scene that she eventually dropped out of school. However, at age 17, Danielle had an epiphany. “I kind of woke up one day wanting a better life and not knowing how to do it, and for me that was going into the United States Army.” And that is exactly what Danielle did.

After joining the army, Danielle began to become more confident in her ability to have success. “It was the first time that I saw that I could be more. I really started to flourish,” Joliet notes. However, she still struggled with alcohol and drugs. It wasn’t until she became pregnant with her first son, Randy, at 18 that she knew she had to change. “I knew when I would look at him that I had to do better,” Joliet revealed. Joliet continued to have a successful career in the army over a span of 10 years. However, while deployed in Baghdad, Iraq in 2008, Joliet became injured which ended her military career.

In 2011, Joliet was inspired to go back to school after she and her husband (a fellow soldier) gave birth to her second son, Patrick. This moment started a new chapter in Danielle’s life. “When I look at my two kids, I want them to have access to an education,” she said. “That’s why it’s important for me to get an education, so they know what it looks like. I want those boys to know that the ability to reframe their story will always be there, that they can take something negative and turn it into something positive, and that there is always a lesson to be learned,” Joliet continued. It’s working too! Her oldest son, Randy, now 15 years old, said that seeing his mom go to school has inspired him to want to go to college one day as well.

So what’s next for the graduate? During her years at Penn State, Joliet found she had a passion for helping people, specifically other veterans. She plans to continue to help others by starting her graduate work next week and continue to working in Penn State’s Collegiate Recovery Community. It certainly sounds like a perfect place for someone who has overcome so much to be as successful. Here’s to your success, Danielle. We all admire your success and wish you well in your new adventures!

Becca is a recent college graduate who lives in Tampa, Florida. From a young age, she has been fascinated by the stars and how beautiful the universe is. When she’s not writing for our blog, she can be found reading the latest YA novel, catching up on Dr. Who, or just hanging out with friends in coffee shops.